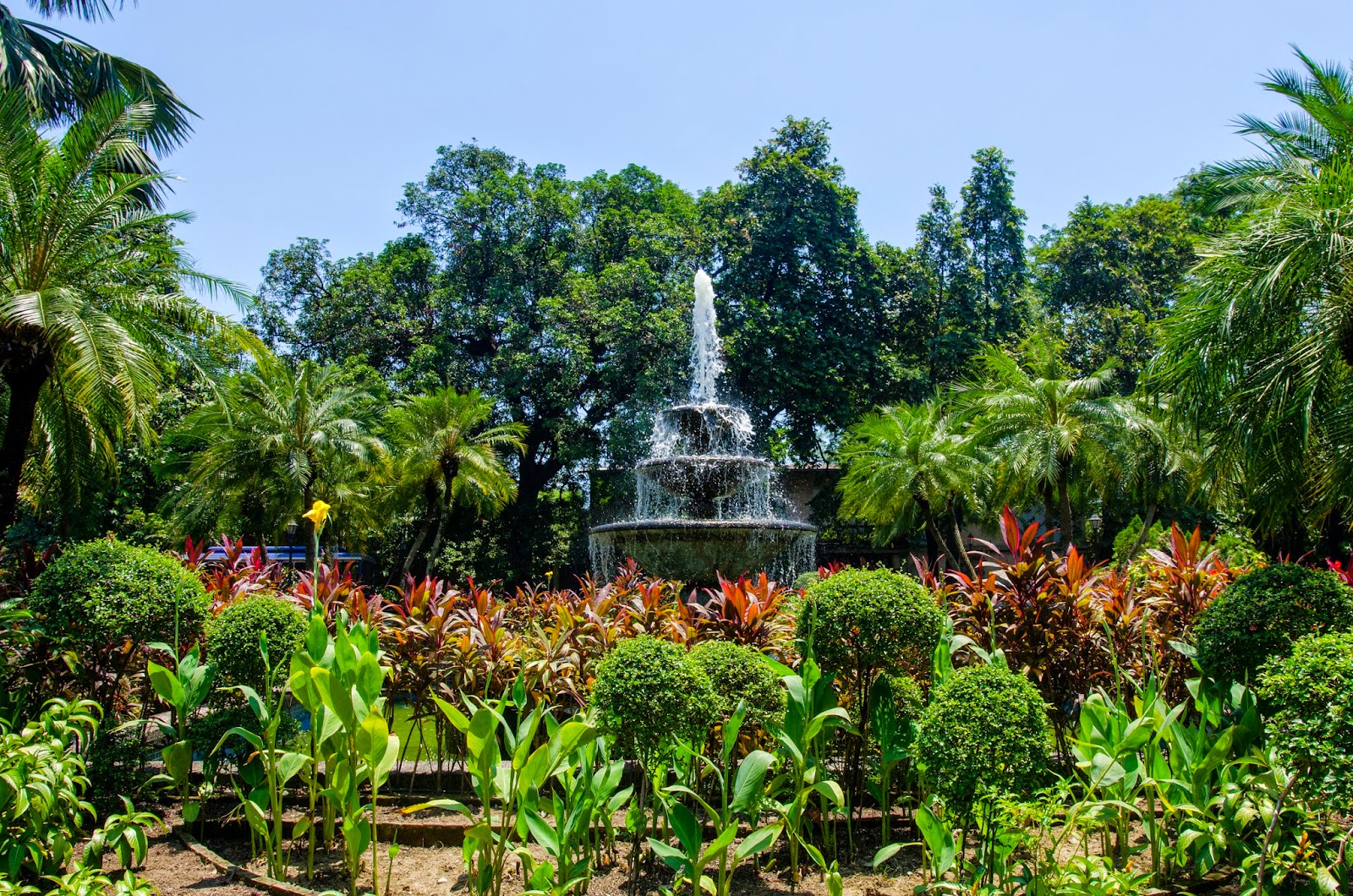 We prepared to leave Bangkok on a long journey home that would include a 24-hour layover in Manila. Having never been to the Phillippines, we made plans to spend a few hours seeing the capital city. At Bangkok’s Suvarnabhumi Airport, we realized that we had one last chance to buy some mango with sticky rice - each time we had sought out a sweet treat from a street vendor in Thailand, we couldn’t resist choosing fresh banana roti. We decided that we should take advantage of our last opportunity, and saved it to eat at some point on our trip home.

Once we boarded our flight to Manila, we learned that Philippines Airlines didn’t have us registered for vegetarian meals. The flight attendant managed to scrounge up one meal that we shared. When we arrived in Manila, we were purposely misdirected a few times as we tried to find the metered taxi stand, and once we were successful, our driver made a determined pitch for a particular hotel, even though we had already booked one. When we finally convinced him to take us to our original destination, he had trouble finding it, and we spent a lot of time driving in circles. When we finally arrived, we were hungry and exhausted, but before we went to bed, we knew we had to try to contact the airline about our meals for the next flight if we wanted to eat on the long haul. We stayed up very late trying to figure out how to use the hotel phone, then being put on hold and transferred several times, but we were ultimately unsuccessful. We detail these small annoyances not to whine, but so that you understand how amazingly delicious and satisfying our 2:30 am meal of mango and sticky rice was. As we took turns eating from a single spoon, we put our bad evening behind us and enjoyed the last night of our honeymoon.

After a very short sleep - we looked on the bright side and decided it would help us sleep on the flight home - and a breakfast at the hotel restaurant, we packed our bags, left them with the hotel reception, and took a taxi to Intramuros, the old walled city built by the Spanish colonial government in the 16th century. We tried to take in the sights of the city as much as possible on the way, since we only had a few hours before we had to head back to the airport. Generally, we noted that the (brutal) history of Spanish colonialism left an interesting mark on the language, architecture, and religion of this Southeast Asian island nation - the mix was something that we haven’t seen anywhere else. The Philippines is the third largest Catholic nation in the world, most street and place names are in Spanish, and the currency is the peso. It was also clear that the traffic was more chaotic than in Thailand, and also more colourful, with flamboyantly decorated jeepneys (large school-bus-type buses used for public transportation) in every jammed, narrow downtown street. 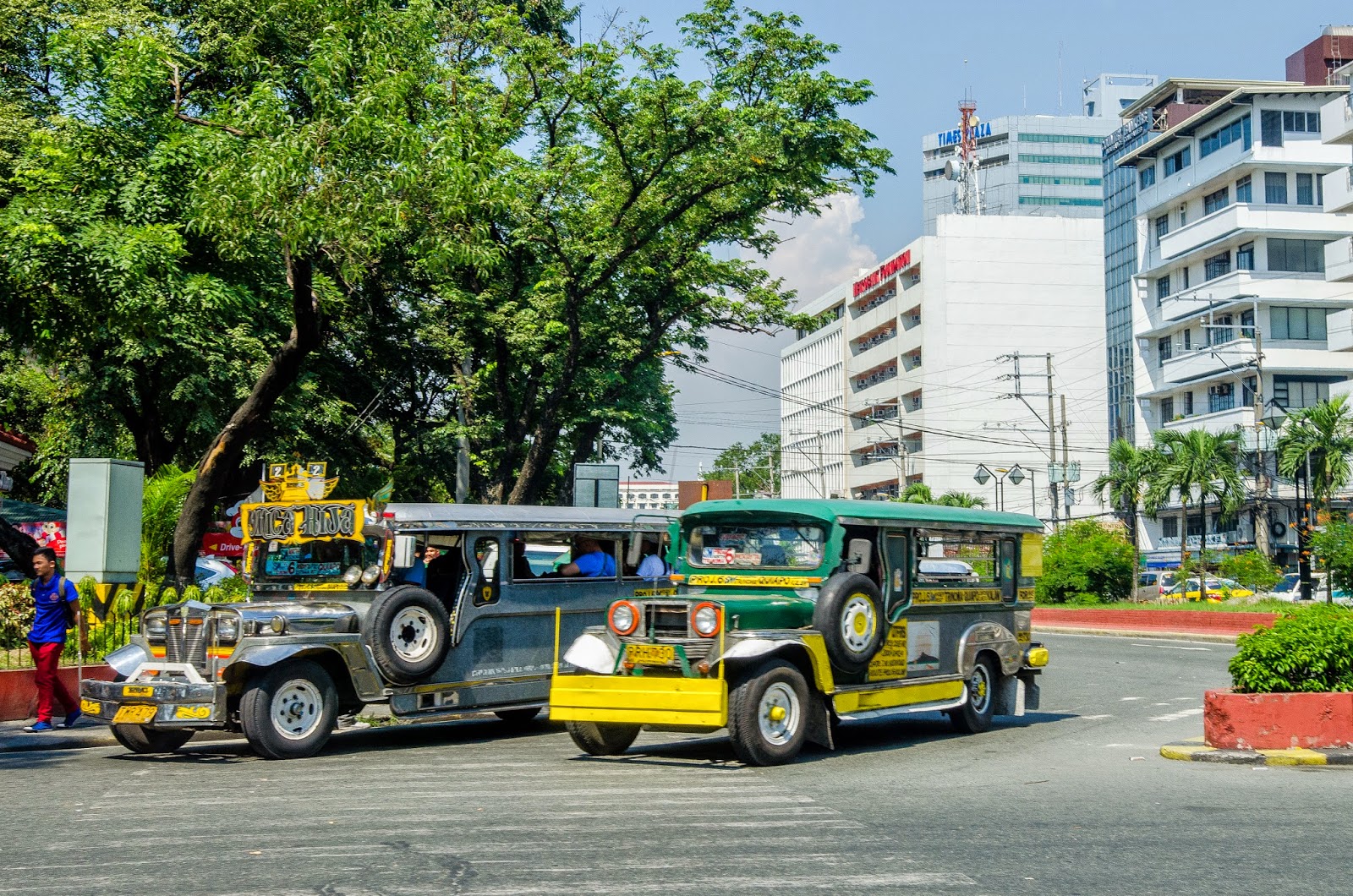 We had little time to do research about Manila before arriving, so we felt lucky to have decided to spend our time in beautiful Intramuros, and to find Fort Santiago nearly empty. 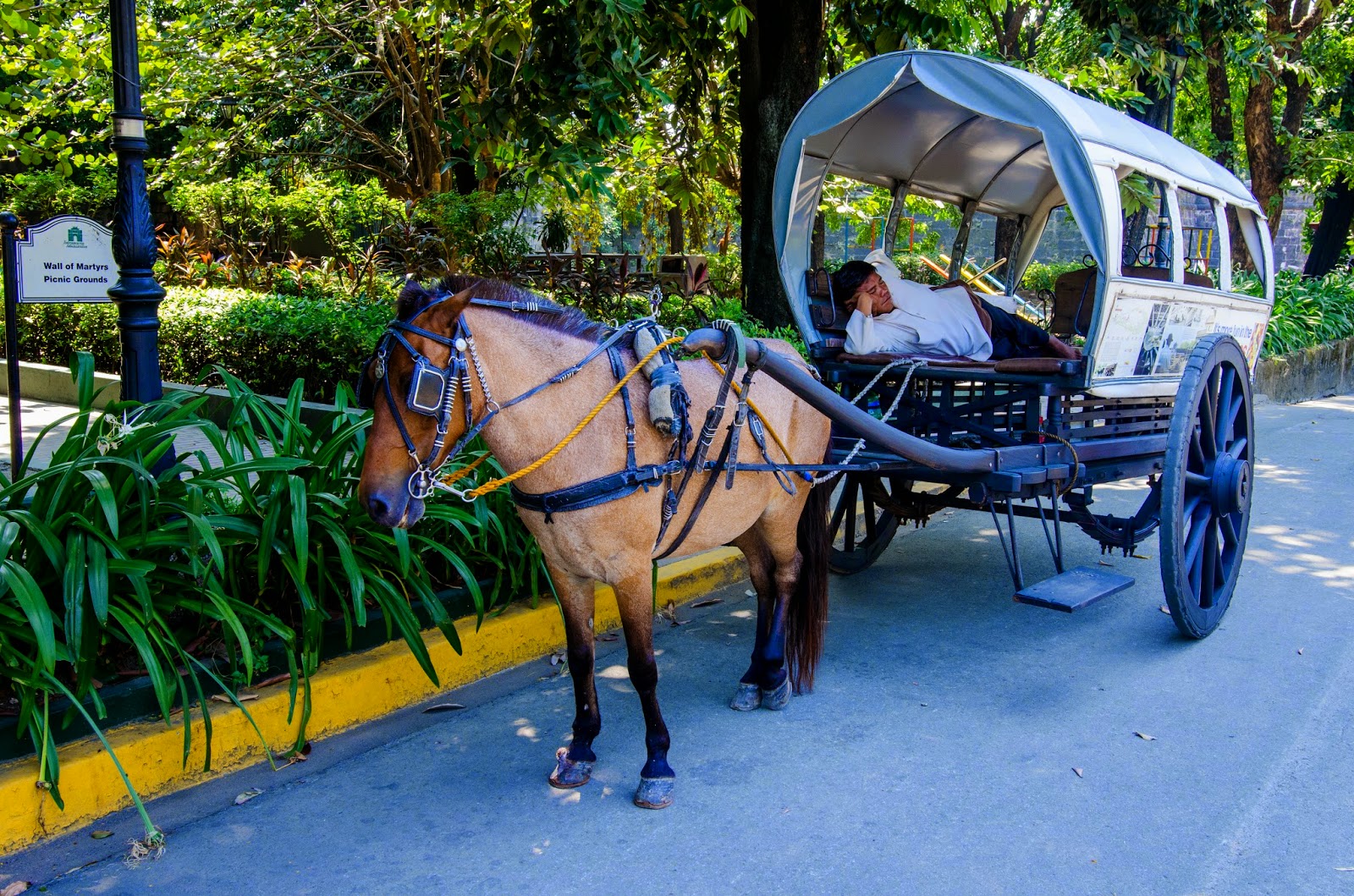 Fort Santiago is most famous for being the prison and execution site of Jose Rizal, a Filipino nationalist and revolutionary. 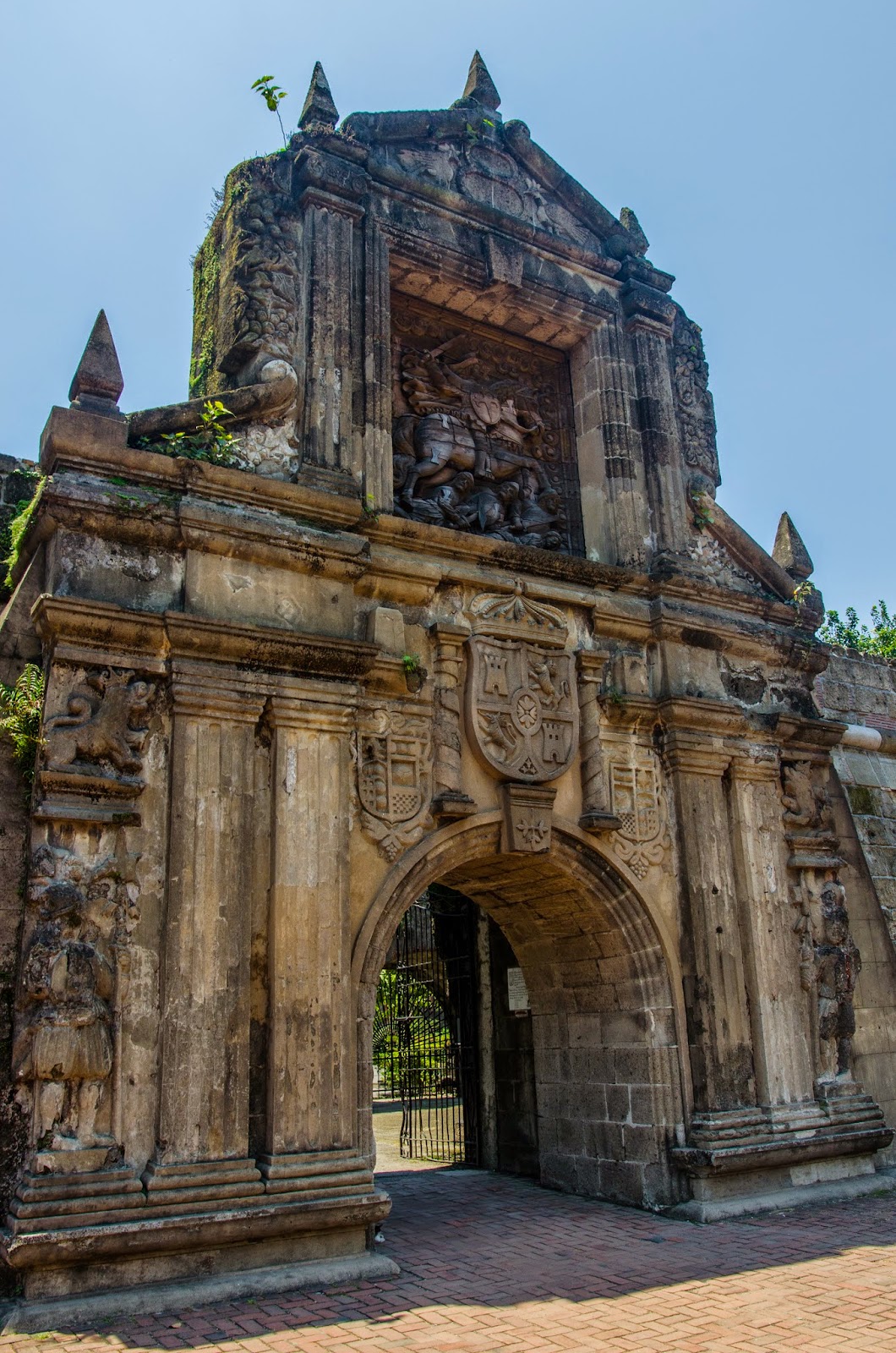 The poet was executed in 1896 for rebellion, sedition, and conspiracy against the Spanish government. We spent a couple of blindingly sunny hours strolling the peaceful grounds and sombre memorials. We visited Jose Rizal’s prison cell, the site of his execution, a museum dedicated to his life, and, in what we thought was an odd addition considering the significance of the first three, a separate museum dedicated to his furniture. 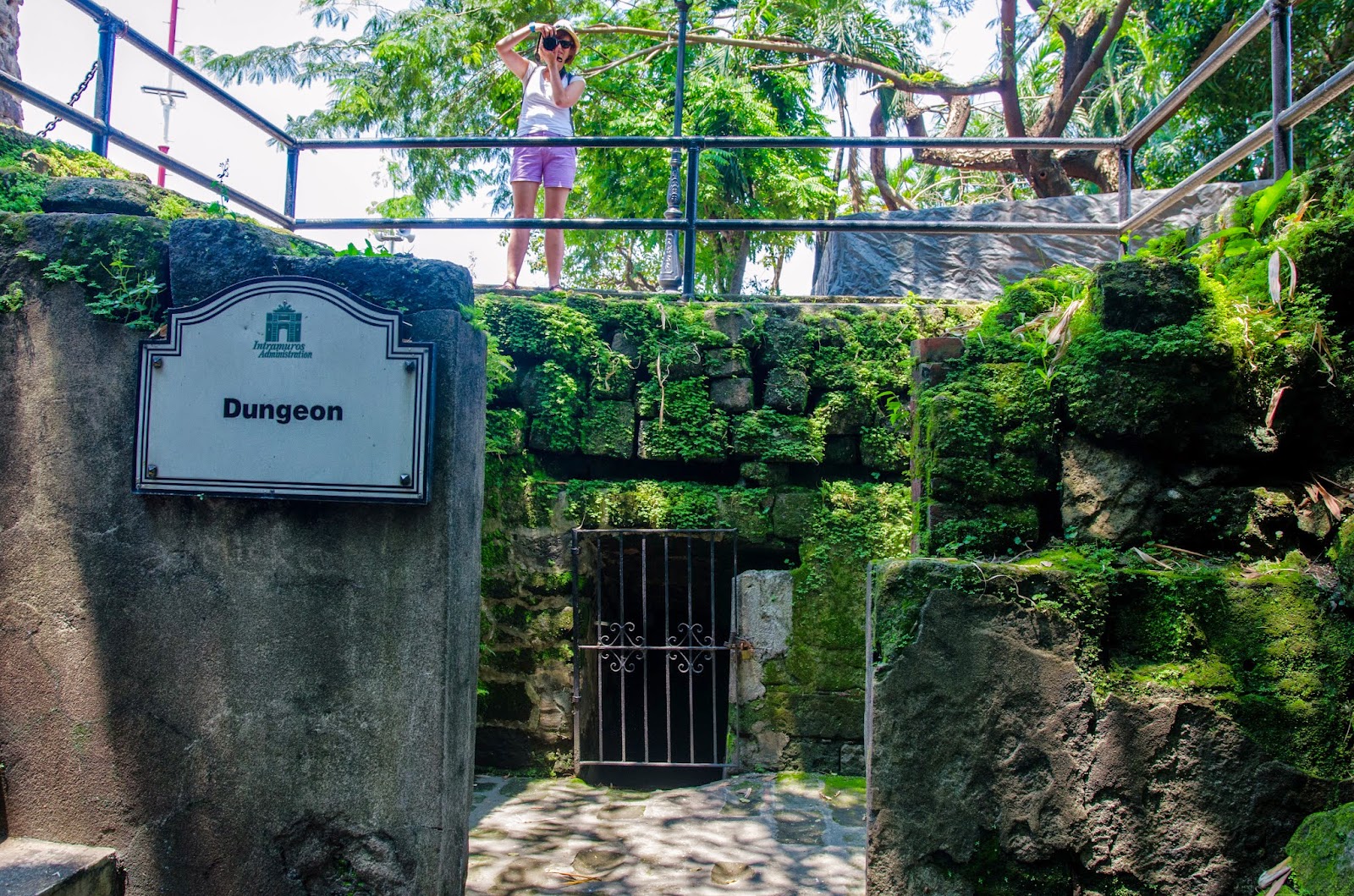 After a refreshing ice cream cone in Intramuros, we picked up our bags and made our way to the airport. There, we loaded up on snacks to see us through the flight, and we said goodbye to Southeast Asia, for the time being. 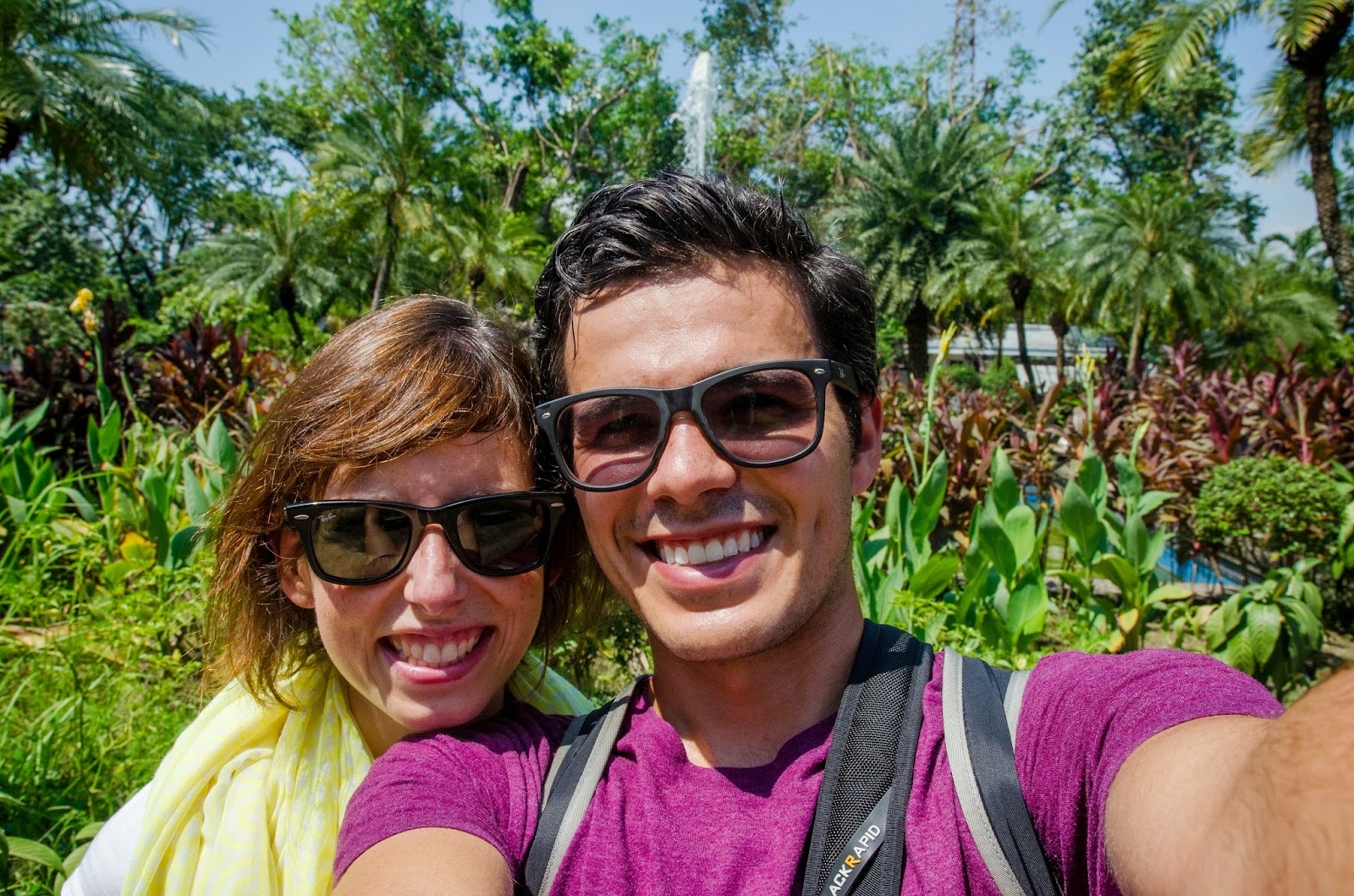 Posted by James and Antonia at 8:11 AM